Shiitake is native to China and Japan, but is cultivated in all mountainous areas in Asia.
Together with the common mushroom it is one of the most cultivated mushrooms in the world.
The mushroom thrives on hardwood species like: oak, beech, walnut and chestnut.
Other hardwood logs like poplar and willow are also suited, but break down sooner.
A 20 x 100 cm oak log can last for six seasons before it is broken down completely.
Most other mushrooms don't thrive on oak. Shiitake has this advantage in comparison to potential competitors.
The logs can be piled up after inoculation. One year later, when the mycelium has grown on the ends, the logs can be put upright.
Flooding the logs benefits the fructification. The Japanese tap on the logs with large wooden hammers, to stimulate the process.
But all this is not necessary; it only gives you more control about the duration of the fructification.

Shiitake logs do not have to be buried. They have to be placed in a shady place and be sprayed with water on warm days.
Preparation and taste: As with most mushrooms, the flavour is optimal after a long preparation time.
This tasty and flavoured mushroom goes well with meat, fish and vegetables, and also works as a flavour enhancer.
Shiitake is famous for its many positive effects like: lowering blood pressure and cholesterol, preventing diabetes, activating the immune system and reducing tumours.
It has to be said that according to research, the specific substances have also been found in many other sorts of mushrooms.
https://www.uvm.edu/~susagctr/resources/ShiitakeGuide.pdf 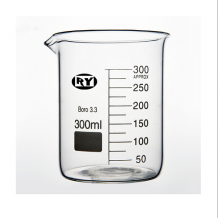